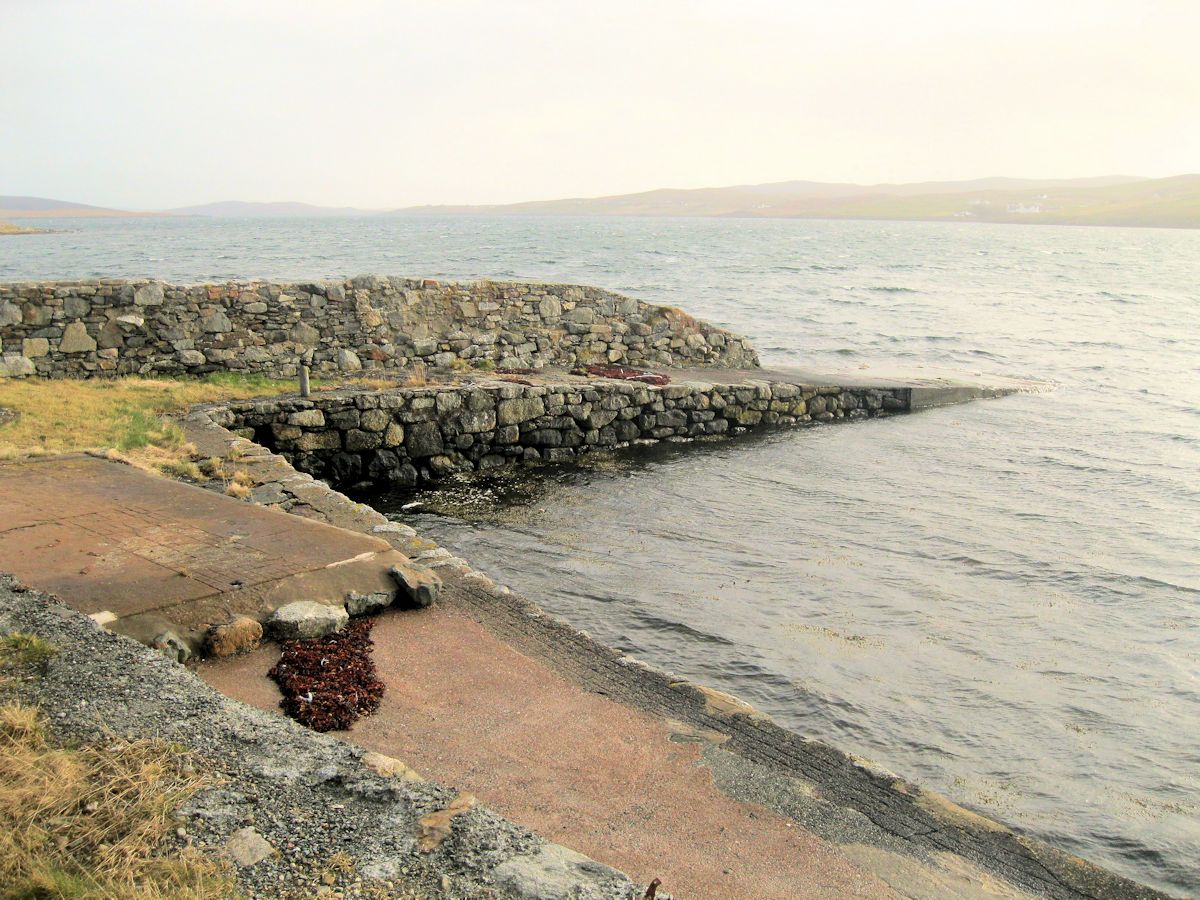 Brae lies at the north end of Busta Voe on the southern outskirts of Sullom Voe.

In 1714 Thomas Gifford, the then laird, built a harbour and set up a fishing station. By the mid 1800s, Brae had emerged as a crofting township on the east shore of Busta Voe. Its growth was promoted by the development of a road through the village, and by 1894 it also had a weekly steamer service.

But Brae was still very small when in the early 1970s Europe's largest construction site got under way at Sullom Voe, a few miles to the north. Rapid expansion of a number of settlements in North Mainland followed, with Brae very much amongst them.