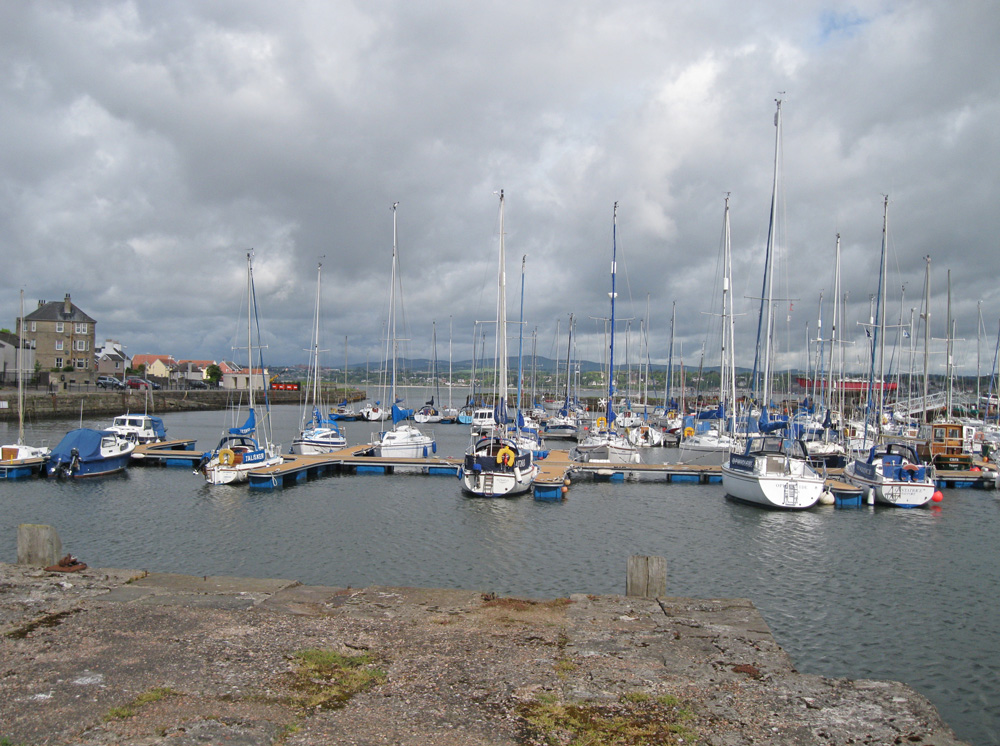 Situated on the south side of the River Tay, Ferryport on Craig, as it was originally known, started life as a quiet farming and fishing village. It was not until the invention of steam aided ferries that Tayport really took off in its own right. The village was a natural crossing place for goods travelling from St.Andrews and Edinburgh northwards to Dundee and Aberdeen. With a reliable network of railroads through Fife, goods transportation was a rapidly growing business. The invention of the world's first roll on roll off ferry started life on the Tay and Forth Rivers, crossing the Tay at Tayport and over to Broughty Ferry. The current harbour was rebuilt 1847 by the Edinburgh & Northern Railway as a basin formed by a pier and two quays; it was the terminus of the ferry to Broughty Ferry.

The Harbour is no longer used for large scale commercial fishing or as a ferry point and is instead a recreational facility. Many of the boats are owned by locals who cruise the 'Silvery Tay' in the summer months enjoying the spectacular views that the river has to offer. The harbour is owned and run by Tayport Harbour Trust, a small Scottish charity.

The harbour is situated on the South side of the River Tay opposite Broughty Ferry castle. The entrance is marked by a fairway buoy at the edge of deep water approximately 50m from the harbour wall. Leading marks are given by two red triangles one on the slipway wall and one set back on a pole, on a bearing of 185 degrees true. The entrance walls are painted white on either side to make then easier to see. The East wall, the roundhead is marked with a red and white striped pole which is lit by an all round white light at night.

The harbour is accessible approximately four hours either side of high water. The harbour starts to dry at 0.6m above chart datum into soft mud which all keels settle into with no problems.

Water, power and rubbish disposal are available on the harbour walls, a public toilet is available in the harbour accessible 24 hours a day. Showers are now available.

There is a good supermarket available within 100m. as well as a chemist, ironmongers, post office and cash machine. A good chandler can be found within three miles. The harbour also has a great café which serves lunches and snacks. The Bell Rock Tavern sells real ale and good pub food. Golf is available in Tayport and St Andrews.

Buses run to St Andrews and to Dundee with a train connection to the North, South and West.

The Tay Corinthian Boating Club is based at the harbour.

The area surrounding the harbour has been altered substantially since the 1970s. New housing has been built at the south end and west side of the harbour, the latter taking the site of the former railway station.