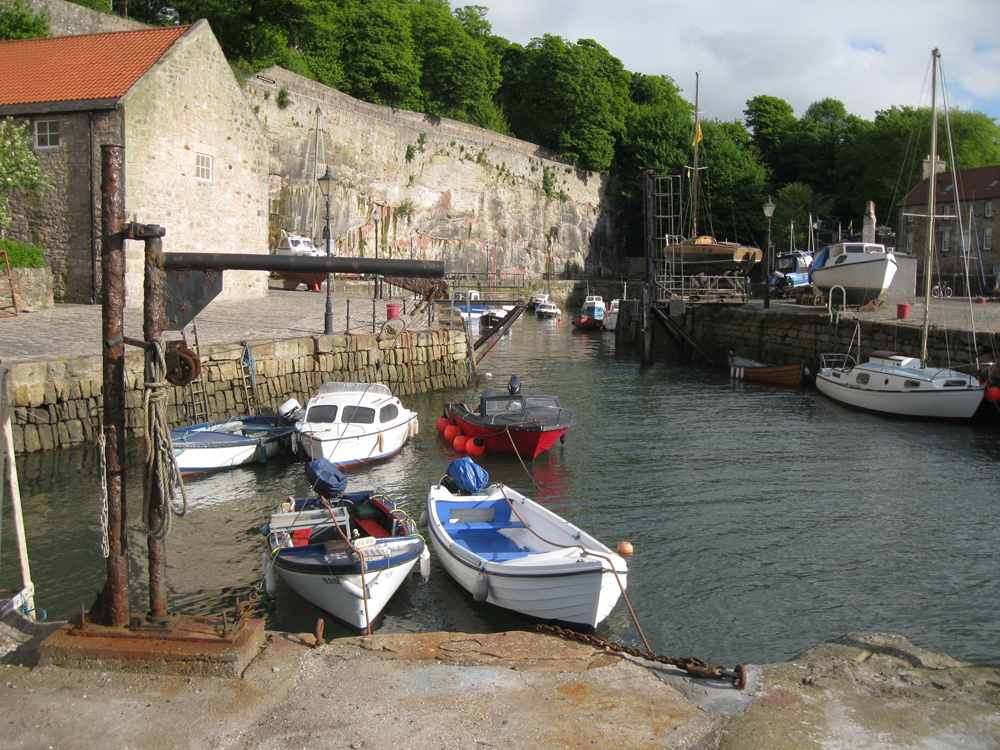 Dysart became a Royal Burgh in 1594, and its population was similar to that of Kirkcaldy until the 19th century. It then started to decay, and finally it was incorporated into Kirkcaldy in 1930.

The old harbour was once an important port of call on the coast of the Kingdom. The inner harbour was cut from solid rock on the site of an old quarry and was connected by a metal bridge to the outer one. At one time Dysart did so much trade with the Dutch that the town became known as "Little Holland", and the older buildings still reveal here and there the Flemish influence. For generations it was the centre of the salt trade, exporting it, fish and coal to the low countries, Sweden and England. (The phrase "to carry saut to Dysart" meant the same as "to carry coals to Newcastle".)

It was also a centre of smuggling and when some seventy years ago a block of 17th-century houses were pulled down to widen Coal-gate, there were disclosed the deep holes in which contraband had been hidden. It is among the most ancient of coal-mining towns.

The major exports from Dysart were local salt, fish and later coal which were sent to the low countries, Sweden and England.

Nowadays the outer harbour is used by a host of pleasure craft and a number of small fishing vessels. The harbour is leased to Dysart Sailing Club and berthing enquiries should be made to the Tony Maxwell, Tel 01337 857363.