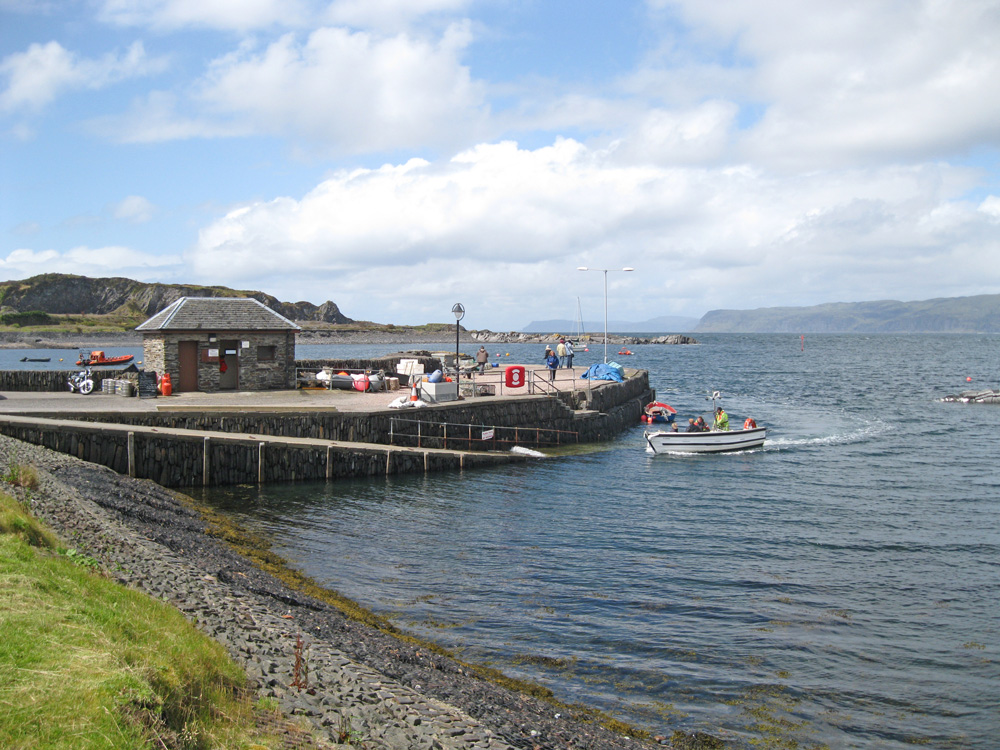 Ellenabeich on the Isle of Seil is connected to the mainland via the famous 'Bridge over the Atlantic' at Clachan.

The Council-operated passenger ferry service from Ellenabeich to Easdale Island is just 340 metres across Easdale Sound, and takes only a few minutes. The ferry can be called by pressing a button in the ferry shed. Two vessels serve the route - the ML Easdale and the ML Fladda. Both are classed as fishing boats with a passenger capacity of 12 people. Each vessel carries a crew of one except when carrying cargo or in the hours of darkness, when a crew of two is required.

The ferry slip at Ellenabeich has recently undergone substantial works to improve both the facilities for waiting passengers as well as measures to provide a safe means of access to the ferry. Fine silt deriving from the old slate workings regularly accumulates within the harbour approaches and needs to be dredged at least annually and more frequently if there have been storms from the south-west. The January 2005 storms caused damage to the top of the pier at Ellenabeich as well as to walling at the rear of the car parking area.

Some 12,000 passengers are carried each year, but the ferry is heavily subsidised by the Council, with the return fare currently set at £1.60. Because of this, the establishment of a fixed link, probably a causeway, is currently under consideration.

The remains of the old wooden steamer pier can be seen by the flooded slate quarry. In 1820 Ellenabeich was a port of call for S.S.Comet, the world's first commercial steam ship; passenger steamers continued to call well into the 20th century (see 'More Photos').